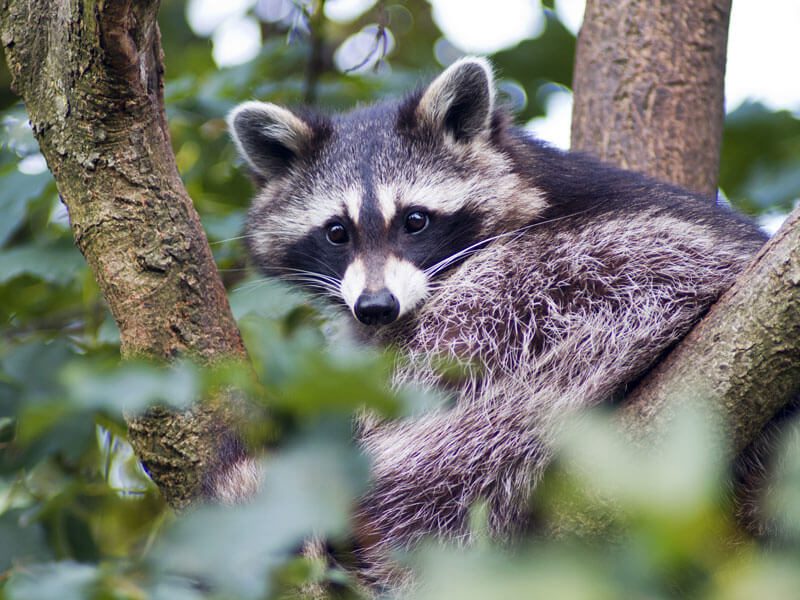 It’s cold outside, and even the vermin and rodents are looking for a warm place to call home.

If you’re like me the last thing you want to do is share your home with a raccoon, squirrels, or mice.

If you’re also like me, you know that when you live in the country and often in the city, inevitably, at some point, you will have to deal with an unwanted critter.

For many homeowners or renters, the real problem arises when a critter does damage to your home.

Maybe a squirrel makes his home in your attic and chews through some wiring.

Maybe you end up with problems from a raccoon living in your roof and causing urine damage to your ceiling.

Whatever the problem they cause, do you know if your homeowner insurance policy will kick in and cover the damage?

Being an insurance agent in a rural county in Pennsylvania, this is a question that pops up every year. And the stories our clients have to tell about these unwanted guests often surprise us.

To help you understand what your homeowner policy may or may not cover, I am sharing with you an analysis by the experts at FC&S Online, an authority on insurance coverage interpretation and analysis.

In general, your coverage will depend on how your insurance company categorizes the critter that has caused damage.

Does your insurance company recognize the critter as vermin?

Below are four actual scenarios that were presented to insurance companies. Looking at these scenarios will help you get a better understanding of what your insurance company will be evaluating when they consider a claim you make due to critter damage.

Question: We have a client who had a raccoon get into the attic. It damaged the attic and left urine that seeped into the ceiling of the house.

Allstate denied the claim. I have attached the pages they sent to the insured.

Is a raccoon considered vermin or a rodent? They turned it into their insurance company and they denied it based on the attached pages, not highlighting anything in particular. The only thing we can assume is on page 2, #12 or Page 3 #g is why they are denying the claim.

There is a class action lawsuit pending against Allstate over the definition of a raccoon.

Answer: A raccoon is neither. Rodent is a scientific classification (rodentia), and raccoons are mammals. They are also not vermin. Vermin are defined by Merriam Webster Online as:

Raccoons do not fall into the above categories. ISO modified the policy language in the 2011 form so that nesting, infestation, and discharge of waste or secretions is excluded, clarifying that urine from a raccoon would be excluded under that form. It depends on your actual policy language.

Question: Our insured suffered a loss to the roof of his rented dwelling when a raccoon burrowed a hole in the roof. The insurance company has denied the claim, citing the exclusion of “vermin” in the all risks dwelling form.

Vermin is defined by the Webster’s Unabridged Dictionary as:

1) any of a number of small animals with filthy, destructive, troublesome habits as flies, lice, bedbugs, mice, rats, and weasels;

2) any bird or animal that kills game;

3)(a) a person who is vile, worthless, or objectionable; (b) such persons collectively.

It is our position that this description does not include a raccoon.

Answer: We agree with you that raccoons are not vermin.

As the term vermin is not more specifically defined in the policy, an insured is entitled to the most favorable common usage definition of the term. Implicit in the word vermin is the concept of infestation. Even if one could imagine the possibility of an infestation of raccoons, in the case you cite the damage was apparently done by only one raccoon, effectively disqualifying the damage as being caused by an infestation of vermin.

Few court cases deal with the definition of vermin in all risk policies. One such case, North British & Mercantile Ins. Co. v. Mercer, 90 Ga. App. 143 (1954), found that a squirrel that descended a chimney of the insured’s house and damaged furnishings, including a maple chair, a brass lamp, lamp shades, and sofa cushions was not to be considered vermin as the word was used in the policy’s exclusion of “damaged caused by moth, vermin and inherent vice.”

The court found the persuasive argument was that even though the dictionary included rodents in its examples of vermin, it was faulty logic to conclude that since all squirrels are rodents; and since rats, mice and other rodents are vermin; therefore, squirrels must be vermin. According to the court, the insurer did not prove that all rodents were vermin.

A second case on the subject, Sincoff v. Liberty Mutual Fire Insurance Company, 230 N.Y.S.2d 13 (1961), was decided in favor of the insurance company. In this case, carpet beetles damaged antique armchairs, Aubusson tapestry, and imported broadloom carpeting. The court held that carpet beetles fell within the ordinary meaning of the term “vermin.”

However, a dissenting opinion pointed out that there is not a common agreement, even among dictionaries, as to the meaning of the word “vermin” and that such ambiguity should allow the insured the benefit of the most favorable common definition, which in that case did not include carpet beetles.

Vermin is a subjective term, subject to many interpretations depending on the prejudice of the interpreter. In fact, one of the few agreements among all the dictionary definitions of “vermin” is to include objectionable persons in the definition, but no one would argue that vandalism damage done by an objectionable person should be excluded from an all risk policy.

Question: Our insured has a commercial property policy. The insured suffered a collapse loss when pigeons made a hole under the eaves of the roof and deposited droppings measuring several feet thick between the roof and the ceiling, ultimately caving in the ceiling. The insurer has denied the claim, citing the exclusion for damage done by insects, birds or other animals. The insurer also declines the loss under the additional coverage of collapse, which reads, “we will pay for loss or damage caused by or resulting from risks of direct physical loss involving collapse of a building or any part of a building caused only by one or more of the following: … (3) hidden insect or vermin damage.” The insurer declines the loss stating that pigeons are not vermin. There is an FC&S Q&A (943) regarding a raccoon as not being vermin, but I do not believe this is dispositive. Please comment.

Answer: The tenth edition of Webster’s Collegiate Dictionary defines vermin as “small, common harmful animals (as lice or fleas) that are difficult to control.” Pigeons, as outlined in your loss scenario, appear to fit this definition. They are small, common animals that are hard to control. (In fact, pigeons are referred to as “flying rats” in most northeastern urban areas.)

The fact that the FC&S contains a question where we expressed an opinion that damage done by one raccoon could not be excluded as vermin damage is not relevant to your question. In that Q&A, the writer was interpreting exclusionary language, which is construed narrowly; in this question, we are examining coverage language, which must be broadly construed in favor of the insured.

Question: If a bear damages the siding on the insured’s garage, would this be covered under the homeowner’s policy? Would the bear be considered a vermin?

Answer: It depends on what policy form you are using. The ISO HO 00 03 10 00 excludes birds, vermin, rodents, and insects. Exclusions are to be read narrowly; the Merriam Webster definition of “vermin” is outlined above.

Additionally, the Cambridge Advanced Learner’s Dictionary considers “vermin” to be “small animals and insects that can be harmful and difficult to control when they appear in large numbers.”

Keeping the exclusion for vermin in context with the rest of the exclusion, which is birds, rodents, and insects, bears are nothing like any of those categories, so we would not consider bears to be vermin. The loss should be covered.

How can I know that my claim will be covered?

Sometimes understanding what will or will not be covered by your insurance policy can be confusing.

Insurance has a language all its own. If you’re not trained in that language, it’s easy to misunderstand or misinterpret what you are reading.

At Baily Insurance, our team has taken extra time to become insurance experts. Every day they read through policies and help our clients understand their coverages. And as they often say, more important than understanding what’s covered is understanding your exclusions.

Here are some steps you can take to better understand your homeowner policy.

Educating our clients is a top priority at Baily Insurance. We want our clients to know what they are buying and what their real needs are.

To help you better understand your homeowner policy, we have compiled the answers to a list of common questions we get about homeowner claims. Taking the time to read this short article will help you understand your insurance better.

Top 5 Winter Homeowners Insurance Claims (And How to Prevent Them)

With office locations in Waynesburg, PA and Ligonier, PA, we provide insurance solutions throughout Pennsylvania, West Virginia, Ohio, and Maryland.

Baily Insurance is an independent insurance agency offering a comprehensive suite of insurance solutions to protect you from the unexpected.